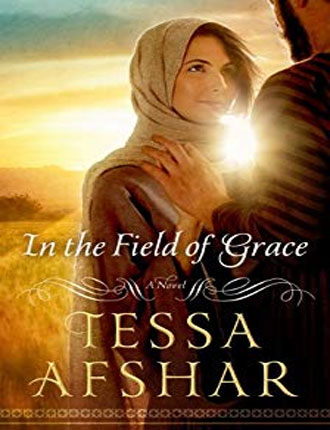 In the Field of Grace

TESSA AFSHAR
Destitute, grief-stricken, and unwanted by the people of God, Ruth arrives in Israel with nothing to recommend her but Naomi's, love. Her loftiest hope is to provide enough food to save Naomi and herself from starvation. But God has other plans for her life.
While everyone considers Ruth an outcast, she is astounded to find one of the most honored men of Judah showing her favor. Long since a widower and determined to stay that way, Boaz is irresistibly drawn to the foreign woman with the haunted eyes. He tells himself he is only being kind to his Cousin Naomi's chosen daughter when he goes out of his way to protect her from harm, but his heart knows better.
Based on the biblical account of Ruth, In the Field of Grace is the story of a love that ultimately changes the course of Israel's destiny and the future of the whole world. 300-pages.
Click here for More by Tessa Afshar.

In the Field of Grace - Amazon Link 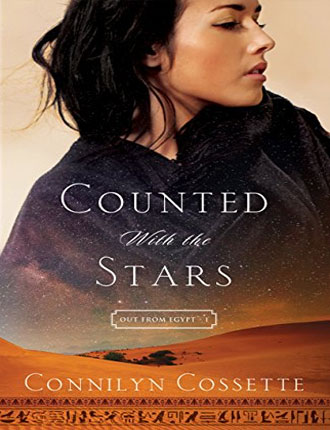 Counted With the Stars

CONNILYN COSSETTE
Out From Egypt Series, Book 1 of 3
A Story of Love, Desperation, and Hope During a Great Biblical Epoch.
Sold into slavery by her father and forsaken by the man she was supposed to marry, young Egyptian Kiya must serve a mistress who takes pleasure in her humiliation. When terrifying plagues strike Egypt, Kiya is in the middle of it all.
To save her older brother and escape the bonds of slavery, Kiya flees with the Hebrews during the Great Exodus. She finds herself utterly dependent on a fearsome God she's only just beginning to learn about, and in love with a man who despises her people. With everything she's ever known swept away, will Kiya turn back toward Egypt or surrender her life and her future to Yahweh? 354-pages.

Counted with the Stars - Amazon Link

MESU ANDREWS
In this epic Biblical narrative, ideal for fans of The Bible miniseries, a young woman taken into the prophet Isaiah's household rises to capture the heart of the future king.
Isaiah adopts Ishma, giving her a new name--Zibah, delight of the Lord--thereby ensuring her royal pedigree. Ishma came to the prophet's home, devastated after watching her family destroyed and living as a captive. But as the years pass, Zibah's lively spirit wins Prince Hezekiah's favor, a boy determined to rebuild the kingdom his father has nearly destroyed. But loving this man will awake in her all the fears and pain of her past and she must turn to the only One who can give life, calm her fears, and deliver a nation. 402-pages. 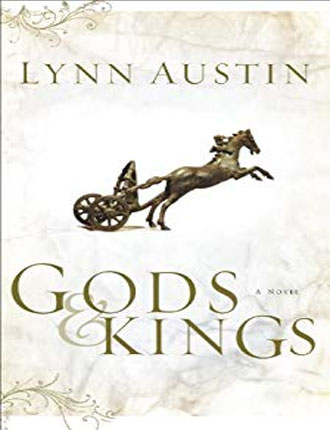 LYNN AUSTIN
Chronicles of the Kings Series, Book 1 of 5
Gods and Kings is the story of King Hezekiah, heir to the throne of King David. When his evil father plots to sacrifice him, Hezekiah's mother, Abijah, searches frantically for a way to save him. But only two men can help her, and neither of them seems trustworthy. In a time and place engulfed by violence, treachery, and infidelity to Yahweh, Abijah and her son must discover the one true Source of strength if they are to save themselves and their country. 322-pages. 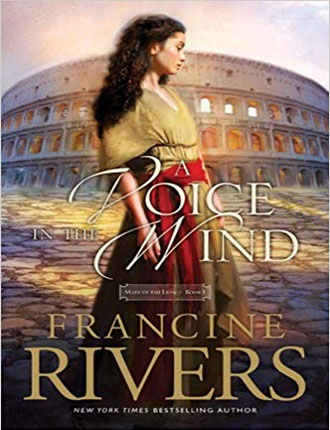 A Voice in the Wind

FRANCINE RIVERS
Mark of the Lion Series, Book 1 of 3
This classic series has already inspired nearly 2 million readers, but both loyal fans and new readers will want this 20th anniversary edition of a Christian classic, which includes a foreword from the publisher, a letter from and Q & A with Francine Rivers, color map, an illustrated glossary, and discussion questions suitable for personal and group use.
The first book in the bestselling Mark of the Lion series, A Voice in the Wind brings readers back to the first century and introduces them to a character they will never forget―Hadassah. Torn by her love for a handsome aristocrat, this young slave girl clings to her faith in the living God for deliverance from the forces of decadent Rome. 544-pages.
Click here for more by Francine Rivers.

A Voice in the Wind - Amazon Link 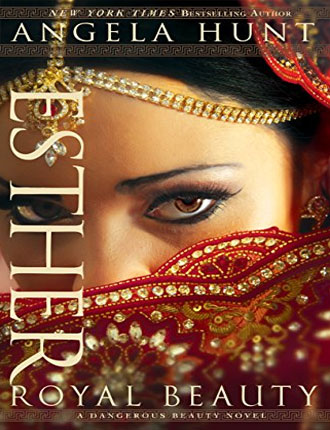 ANGELA HUNT
A Dangerous Beauty Series, Book 1 of 3
When an ambitious tyrant threatens genocide against the Jews, an inexperienced young queen must take a stand for her people.
When Xerxes, king of Persia, issues a call for beautiful young women, Hadassah, a Jewish orphan living in Susa, is forcibly taken to the palace of the pagan ruler. After months of preparation, the girl known to the Persians as Esther wins the king's heart and a queen's crown. But because her situation is uncertain, she keeps her ethnic identity a secret until she learns that an evil and ambitious man has won the king's permission to exterminate all Jews--young and old, powerful and helpless. Purposely violating an ancient Persian law, she risks her life in order to save her people...and bind her husband's heart. 354-pages. 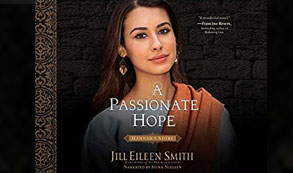 Two Old Testament women want to be loved by their shared husband - and to bear children. To what lengths will they go to get what they want most, and will either find her heart's desire?
Author Jill Eileen Smith. 370-pages. 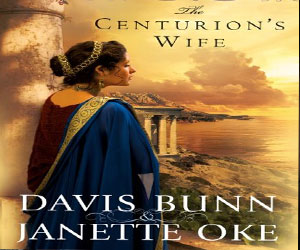