Page 2 of 2
Many readers insist that the Mark of the Lion Series is one of the best series they've ever read. 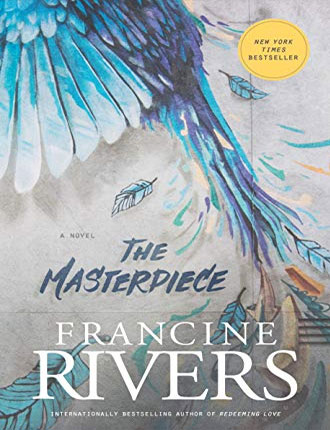 A successful LA artist, Roman Velasco appears to have everything he could possibly want—money, women, fame. Only Grace Moore, his reluctant, newly hired personal assistant, knows how little he truly has. The demons of Roman’s past seem to echo through the halls of his empty mansion and out across his breathtaking Topanga Canyon view. But Grace doesn’t know how her boss secretly wrestles with those demons: by tagging buildings as the Bird, a notorious but unidentified graffiti artist—an alter ego that could destroy his career and land him in prison.
Like Roman, Grace is wrestling with ghosts and secrets of her own. After a disastrous marriage threw her life completely off course, she vowed never to let love steal her dreams again. But as she gets to know the enigmatic man behind the reputation, it’s as if the jagged pieces of both of their pasts slowly begin to fit together . . . until something so unexpected happens that it changes the course of their relationship—and both their lives—forever.

A Lineage of Grace

2009 Retailer's Choice Award winner!
In this compilation of the five books in the best-selling Lineage of Grace series by Francine Rivers, we meet the five women whom God chose—Tamar, Rahab, Ruth, Bathsheba, and Mary. Each was faced with extraordinary—even scandalous—challenges. Each took great personal risk to fulfill her calling. Each was destined to play a key role in the lineage of Jesus Christ, the Savior of the World.

A Lineage of Grace - Amazon Link

Dynah Carey knew where her life was headed. Engaged to a wonderful man, the daughter of doting parents, a faithful child of God, she has it all. Then the unthinkable happens: Dynah’s perfect life is irrevocably changed by a rape that results in an unwanted pregnancy. Her family is torn apart and her seemingly rock-solid faith is pushed to the limits as she faces the most momentous choice of her life: to embrace or to end the life within her. This is ultimately a tale of three women, as Dynah’s plight forces both her mother and her grandmother to face the choices they made. Written with balance and compassion, The Atonement Child brings a new perspective to the most controversial topic of our times. 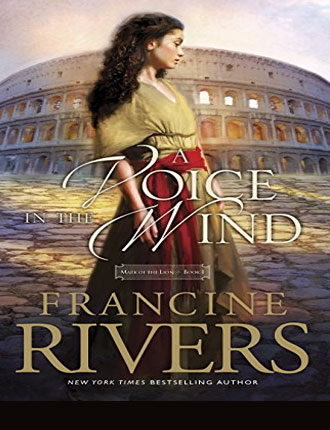 Book 1 of 3 Mark of the Lion Series

A Voice in the Wind

This classic series has already inspired nearly 2 million readers, but both loyal fans and new readers will want this 20th anniversary edition of a Christian classic, which includes a foreword from the publisher, a letter from and Q & A with Francine Rivers, color map, an illustrated glossary, and discussion questions suitable for personal and group use.
The first book in the bestselling Mark of the Lion series, A Voice in the Wind brings readers back to the first century and introduces them to a character they will never forget—Hadassah. Torn by her love for a handsome aristocrat, this young slave girl clings to her faith in the living God for deliverance from the forces of decadent Rome. 545-pages.

A Voice in the Wind - Amazon Link

Book 2 of 3 Mark of the Lion Series

An Echo in the Darkness

This classic series has inspired nearly 2 million readers. Both loyal fans and new readers will want the latest edition of this beloved series. This edition includes a foreword from the publisher, a preface from Francine Rivers and discussion questions suitable for personal and group use. #2 An Echo in the Darkness:  Turning away from the opulence of Rome, Marcus is led by a whispering voice from the past into a journey that could set him free from the darkness of his soul. 481-pages.

An Echo in the Darkness - Amazon Link 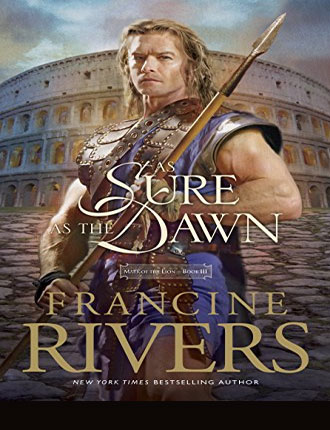 Part 3 of 3 Mark of the Lion Series

As Sure as the Dawn

This classic series has inspired nearly 2 million readers. Both loyal fans and new readers will want the latest edition of this beloved series. This edition includes a foreword from the publisher, a preface from Francine Rivers and discussion questions suitable for personal and group use. #3 As Sure As the Dawn: Atretes. German warrior. Revered gladiator. He won his freedom through his fierceness . . . But his life is about to change forever. 513-pages.

As Sure as the Dawn - Amazon Link 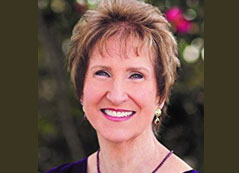 New York Times bestselling author Francine Rivers continues to win both industry acclaim and reader loyalty around the globe. Her numerous bestsellers include Redeeming Love, A Voice in the Wind, and Bridge to Haven, and her work has been translated into more than thirty different languages. 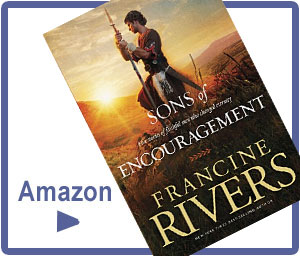 In this five-book compilation of the Sons of Encouragement series, New York Times best-selling author Francine Rivers illuminates the lives of five Biblical men who stood behind the heroes of the faith and quietly changed eternity. Aaron, Caleb, Jonathan, Amos, and Silas each faithfully sought after God in the shadows of His chosen leaders. They answered God’s call to serve without recognition or fame. And they gave everything, knowing their reward might not come until the next life. 720-pages.